This is a place for exploring Singularity related ideas and inspirations.
This includes Transhumanism, Posthumanism, The Nature of Technology and the Technology of Nature. It is a basic assumption here that innovation is in strata and built on the ground of previous innovations, though sometimes obscured.

Is DMT the chemical code that allows us to exit the Cosmic Simulation?

Is DMT the chemical code that allows us to exit the Cosmic Simulation?

I've Been There - by Jonathan Solter

If the cosmos is a simulation then does DMT provide us with a method to explore beyond the simulation? Is DMT the code that releases the human mind from the cosmic simulation?
In recent years there has been growing debate over whether our universe is a computer generated construct or a cosmos composed of energy, matter and quantum fields. In 2008 the theoretical physicist S. James Gates presented a paper where he said he found something resembling error correction code in the mathematics of super symmetry and string theory. In 2003 Nick Bostrom published: Are You Living In A Computer Simulation?
He theorized that with a natural progression of technological advances, a large planet sized computational system could be constructed with the necessary processing power to simulate an entire cosmos. Given the evolution of information technology, then any sufficiently advanced civilization would attain the necessary level of molecular computing. Obviously, in order to have a simulated universe we need at least one naturally occurring universe. On the other hand, if the intelligence and technology in one universe evolves to the stage where they can simulate thousands or even billions of universes then the probability is much higher that we are living in a simulated universe.
To carry his thought experiment further, then there is also a high probability that we are living within a simulation nested within another one, like a virtual machine within a virtual machine. One of the most intriguing things he said has broader implications:
“The physics in the universe where the computer is situated that is running the simulation may or may not resemble the physics of the world that we observe. While the world that we see is in some sense “real”, it is not located at the fundamental level of reality.”
The psychedelic compound DMT presents several unique questions that are relevant to this discussion. First, it is significant to note that it is endogenous to many living organisms throughout the biosphere. It is produced in low concentrations by numerous plants and animals and notably, within the pineal gland of humans. Plants sacred to various cultures have very high concentrations of DMT and can be extracted and ingested. Its function is still largely unknown, though a recently published study showed that DMT increased the number and density of nerve cells as well as the number of synapses.
The psychedelic effects produced by ingesting DMT result in a lot of unusual but strangely consistent experiences. These include: seeing intricate geometric structures and an expansive sense of space, conversations with friendly alien or divine beings, accelerating through tunnels at intense speeds, an experience of breaking through a significant boundary, being transported into alternate dimensions, visiting ultra-high resolution hyperdimensional worlds, palaces with many rooms, jeweled buildings, domed ceilings, flower patterned mandalas, as well as encounters with various colorful living beings and shapeshifting entities.
One of the more common explanations is that DMT is that it sends our minds into alternate dimensions where we have contact with hyper-dimensional extraterrestrial intelligences. Another explanation is that it transports souls into transcendental spiritual realms where they encounter disembodied spirits, angels, demons, gods and goddesses. In a neuro-biological model, the states of consciousness and their contents are hallucinations produced by neurochemical transmissions and cross-activated regions of the brain. The visions of alternate worlds and encounters with strange beings may be the result of the same mechanism in sleep paralysis where people are awake while dreaming and feel visited by a disturbing presence. Posted by Stephenovinci at 5:20 PM No comments: 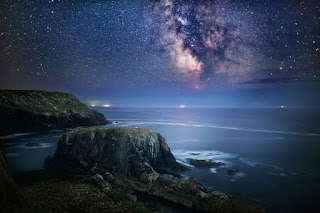 
"Hail, thou who goest round about heaven, thou pilot of the world, thou beautiful rudder of the western heaven."
Posted by Stephenovinci at 12:33 PM No comments:

“I live on Earth at present, and I don’t know what I am. I know that I am not a category. I am not a thing — a noun. I seem to be a verb, an evolutionary process – an integral function of the universe.”
Buckminster Fuller


Momentarily, we were washed back into our own minds, our bodies settling back to the floor of our communal chamber. For a while there was nothing left for us to say. We wandered back toward the bridge, released the other ship since they had been disqualified and forced to rejoin the collective in discarnate forms and their bodies absorbed back into the substance of their ship. Their ship disassembled and we flew back toward the welcoming arms the galaxy below. Overwhelmed with wonder, we were uncertain what adventures lay before us next.
Posted by Stephenovinci at 12:37 PM No comments: